I've been to the LA Chinatown twice before, but mostly as side trips from when I happened to be in the vicinity. The area is not that large, but I thought that a well-informed foray would be exciting and key to making new discoveries. So, I booked a walking tour through  Chinatown's website,  www.chinatownla.com. The tour I selected happened to fall on the last day of the Chinese Lunar New Year, February 24, 2013. The meeting point with my guide was at the Dragon Arch vicinity near Cathay Manor at 600 North Broadway. 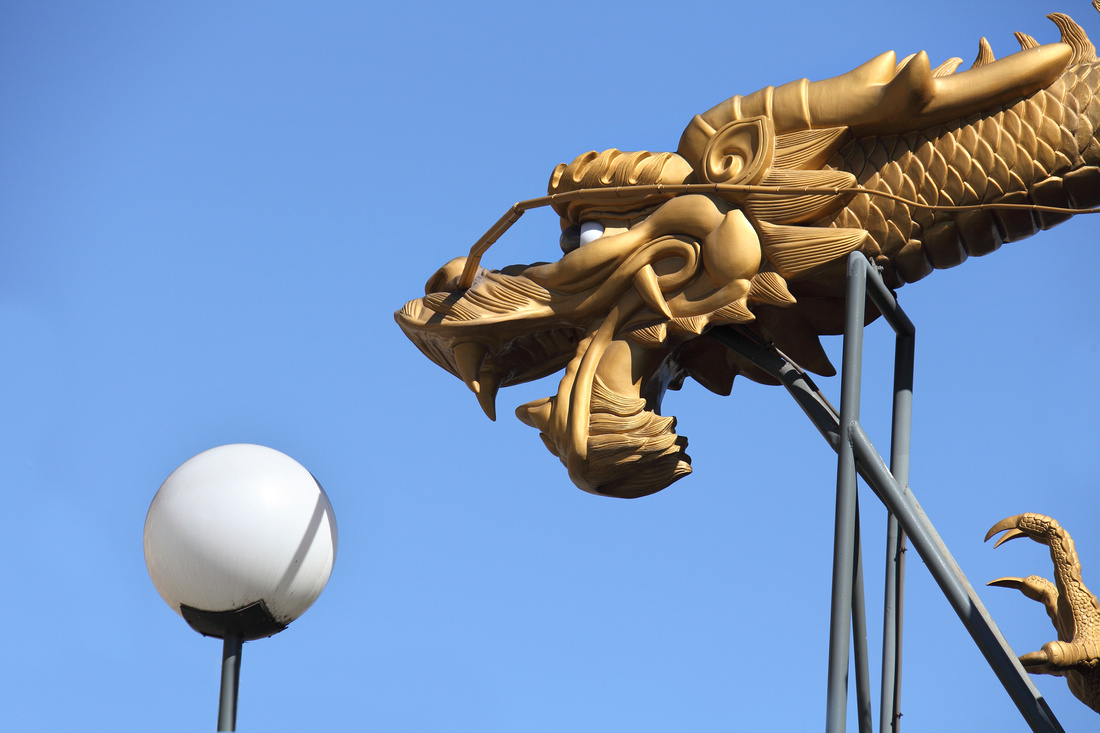 The image above is a close-up of one of the two dragons of the arch.

While waiting for my tour guide, I explored the small courtyard of Cathay Manor, and was delighted to discover two sculptures of ancient Chinese fighters guarding the courtyard. Here's a close-up of one of them. 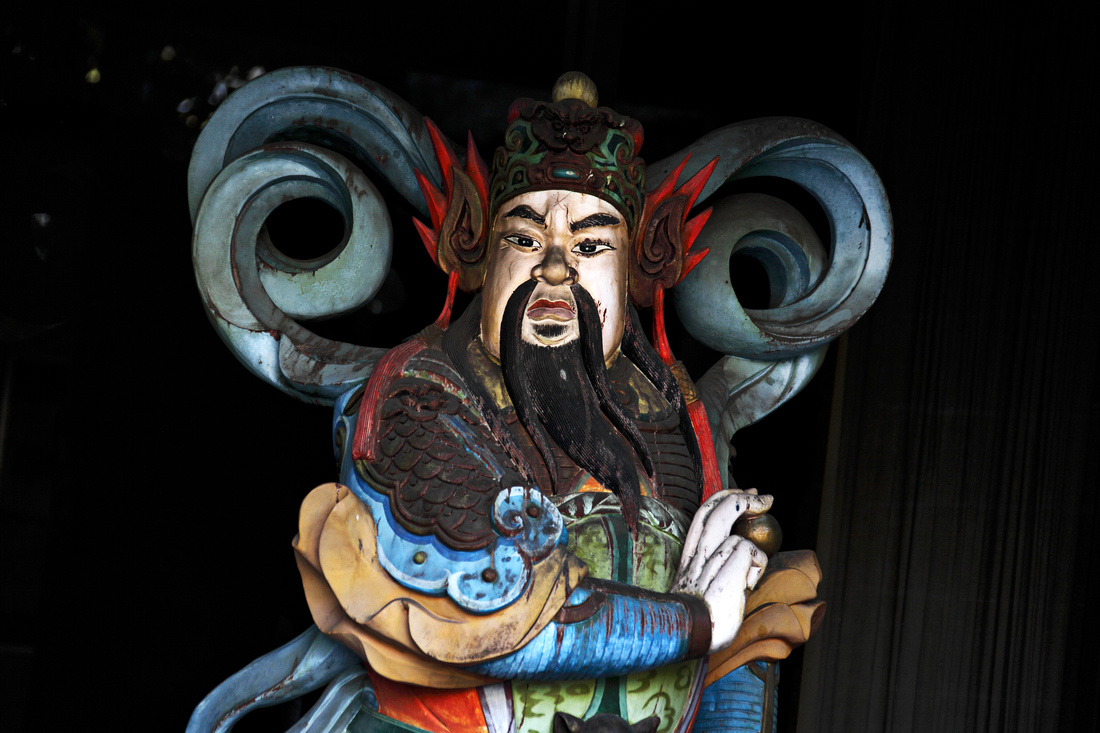 The tour formally started at the Central Plaza, where the rest of the participants gathered. The statue of the founding father of the Republic of China, Dr. Sun Yat Sen sits prominently near the plaza entrance. 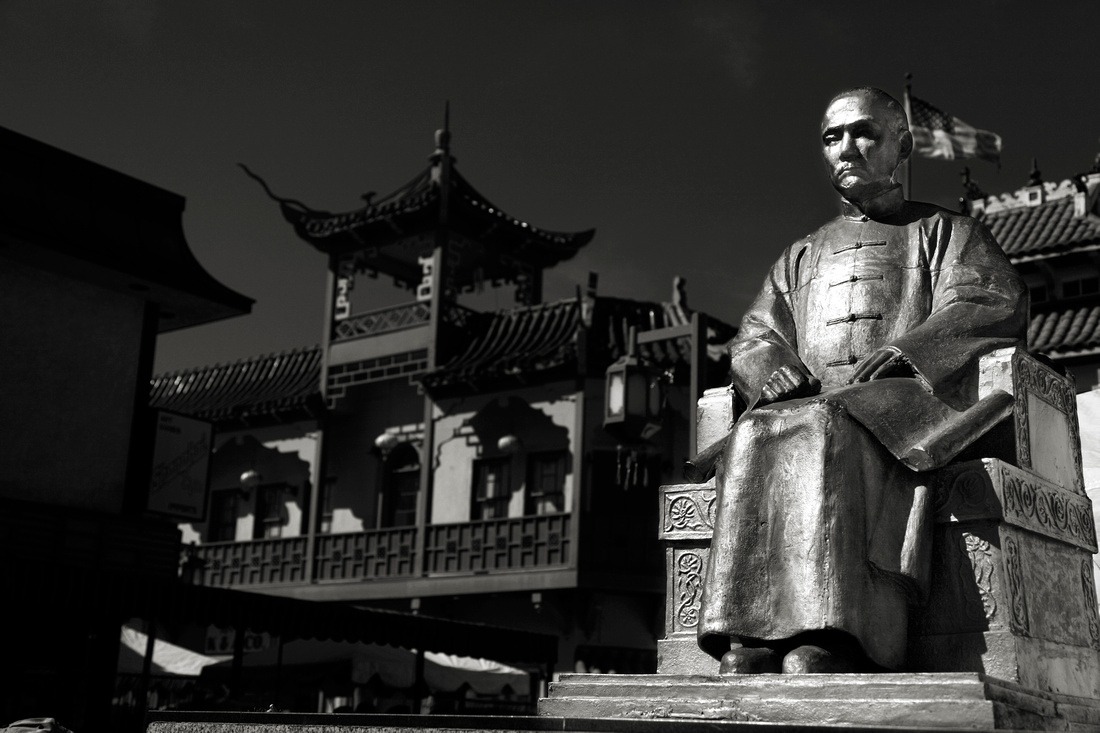 There was also a lot of activity on the stage that was set up for the Lunar New year celebration. I was able to glimpse at a few cultural performances while our guide, Helen Hua was discussing Chinatown's timeline in history. Below is an ensemble of women performing on Japanese drums (taiko)... 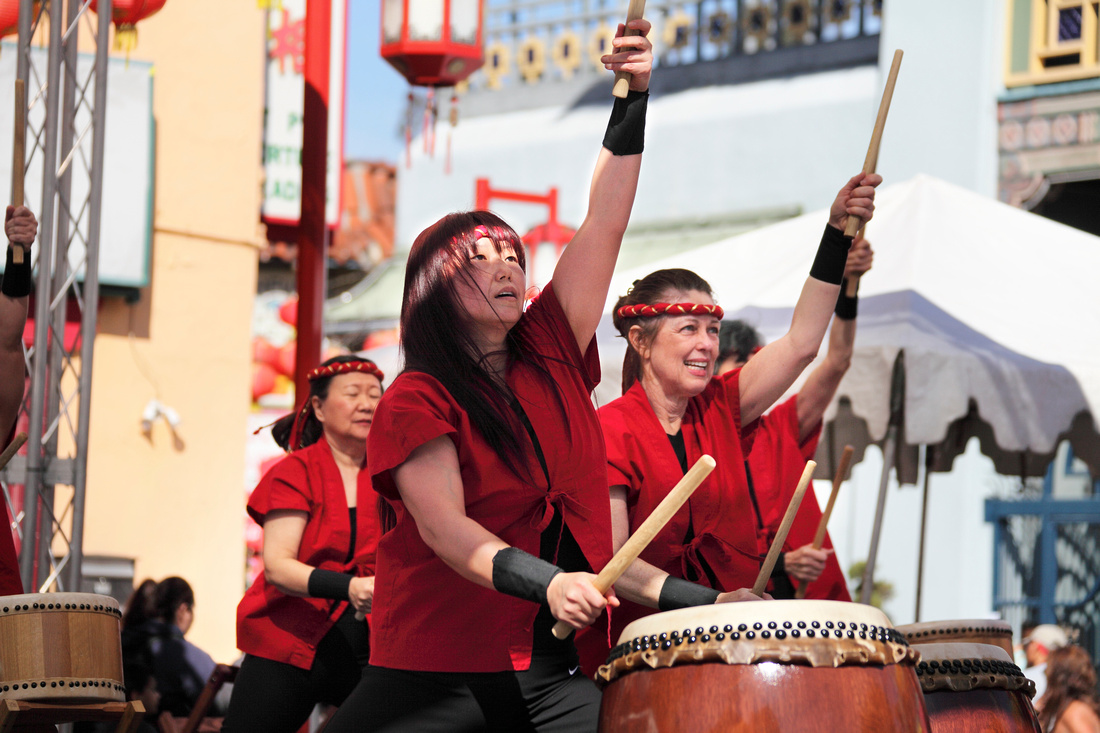 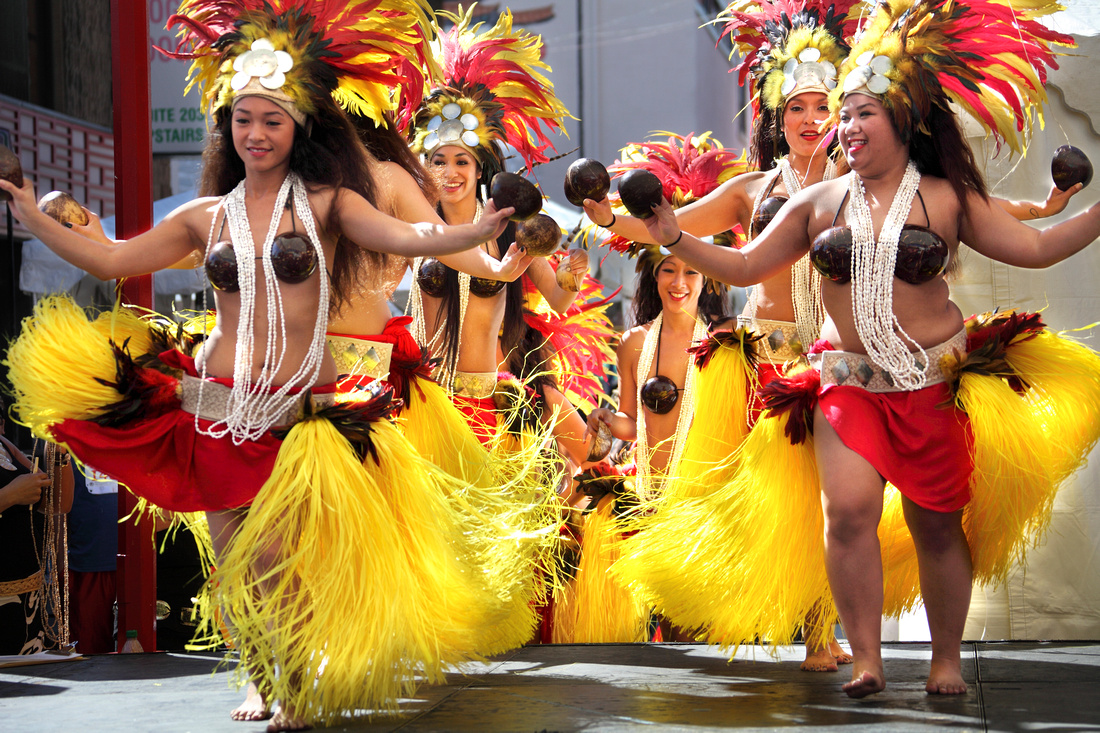 From the Central Plaza, the tour made its way around Chinatown. Our guide Helen was very knowledgeable with the historical background of many buildings and structures. She also discussed and pointed out interesting tidbits such as the stores/homes of the remaining original settler families in Chinatown, or places where movies were filmed. There were also commentaries and recommendations on the best places to eat in - one useful thing because I like authentic Chinese cuisine. The Taoist temple at Yale Street, the Thien Hau temple which was crowded with the faithful, was a great photographic opportunity. Shown below is a huge censer at the entrance of the temple. 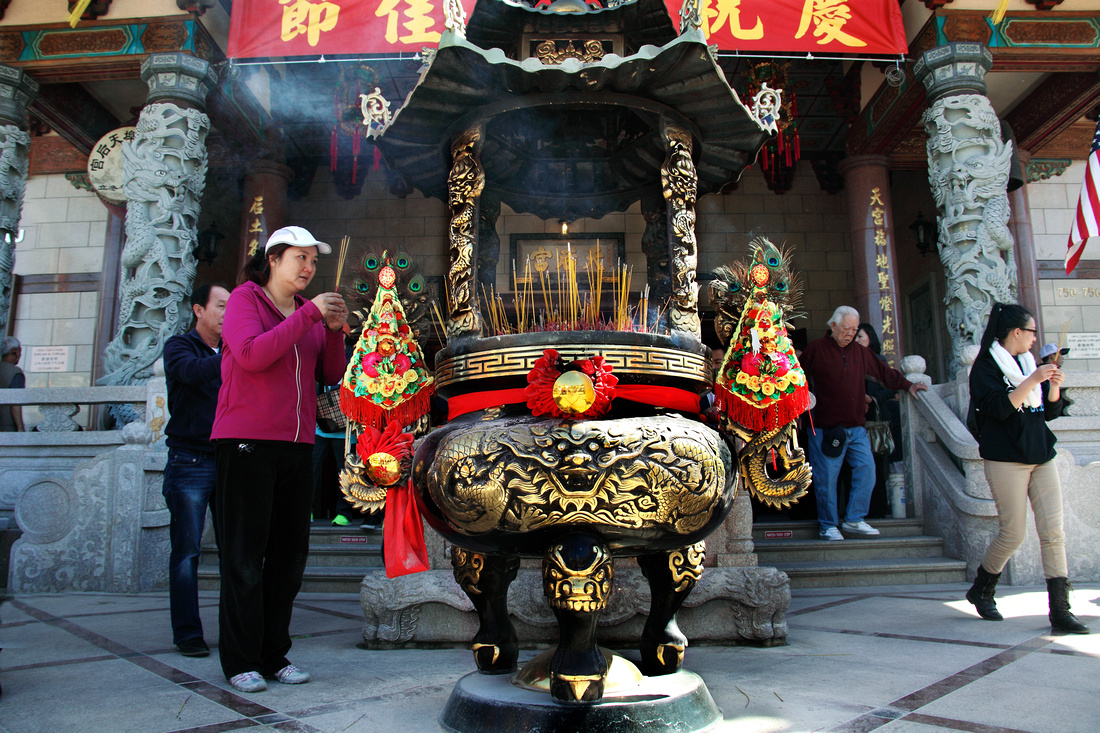 Above is the small side chapel of the temple.

The crosswalks in Chinatown are elaborately painted and make for really graphic compositions. 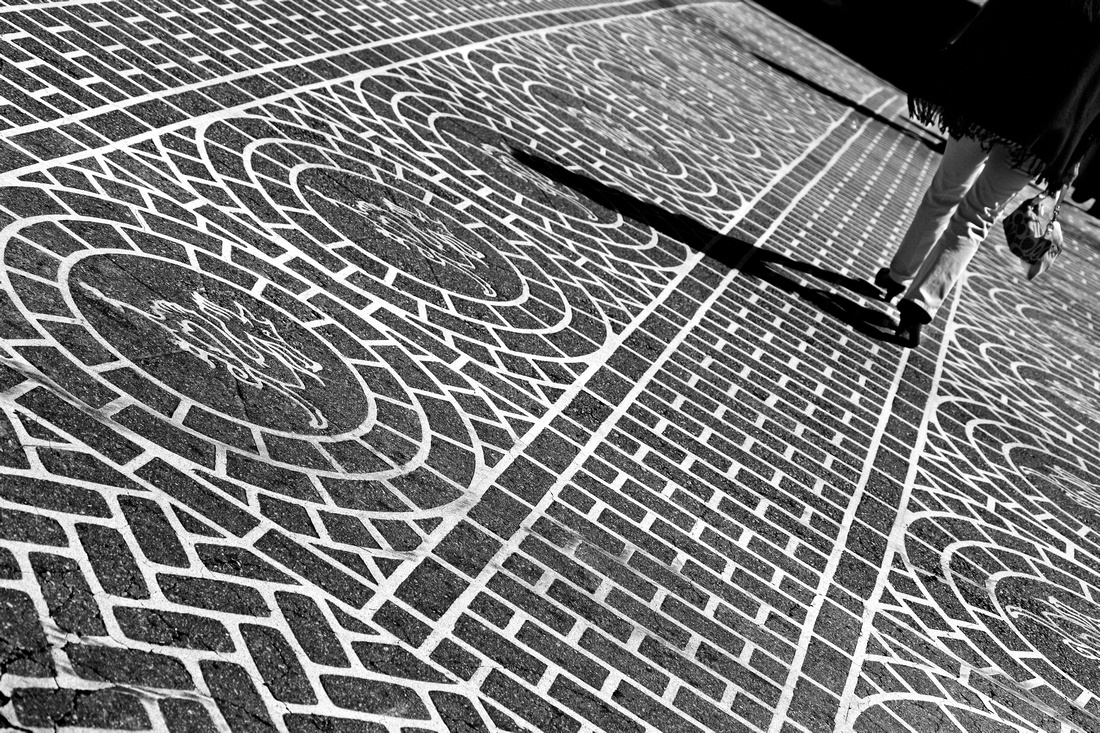 We also made our way through the Dynasty Center, which is quite familiar to most visitors to Chinatown because it's the place to find bargains in clothing, and novelty items. Below is a trio of happy Buddhas. 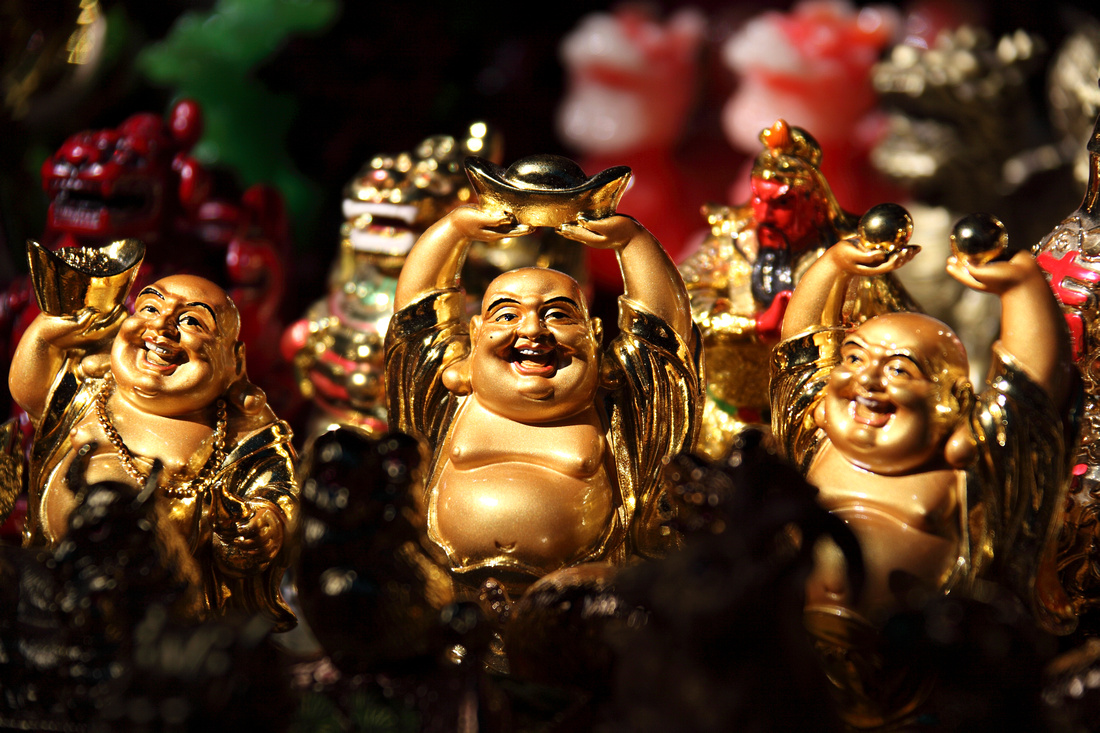 We headed back to the Central Plaza at the end of the tour after almost two and a half hours. (Just about time for some dim sum. I tried Ocean Seafood Restaurant, while others went to other spots.) The tour was very informative, and Helen's knowledge of the place and its history provides an insightful perspective.

Some of the tour participants at the Central Plaza. For the full gallery of images from the tour, go here, or paste this link on your browser: http://www.lightcrafterphotography.com/p247006034