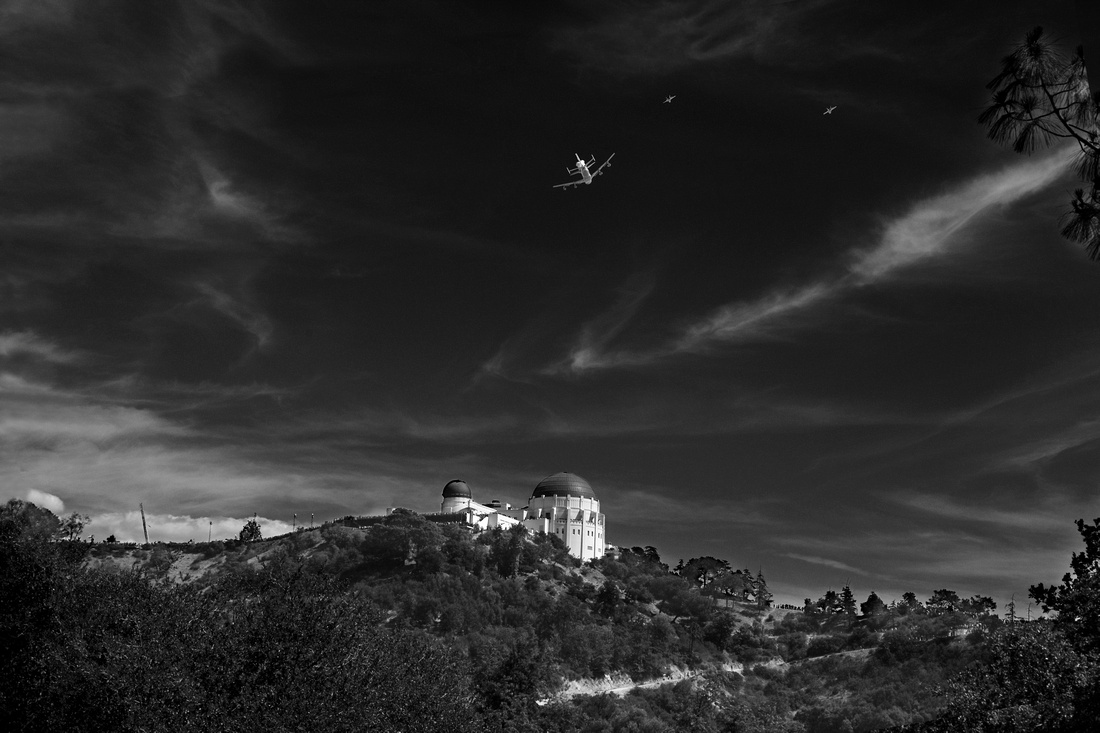 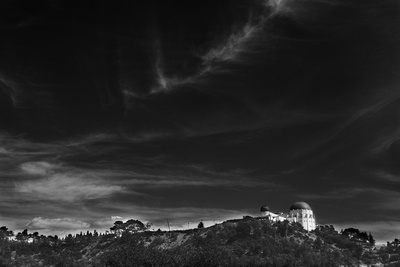 California is home to a lot of space industry companies. And it’s ironic that like millions of other Californians, I have not seen an actual space vehicle in flight. My experience remotely close to that was limited only to network news footages of space missions, launches and such. Until September 21, 2012.

The day was auspicious and historic as I’ve heard from the car radio. It was the day of the iPhone 5 launch, and the day when the last of the space shuttle fleet, the Endeavour, was to be airborne for the final time after 25 space missions and more than 120 million miles traveled. I could not care less about the iPhone really, but I was set on being one of the witnesses to a space historical event, and record it with my camera.

On its last flight, riding piggy-back on its carrier aircraft, a modified Boeing 747, the Endeavour was scheduled to fly-over a number of metro LA landmarks. On events like this, from a photographer’s perspective, success depends largely on the location where one is shooting from.  I have to choose my landmark wisely to get a good chance of coming up with images that will make me happy (the vision thing, you know). And I decided to position near Griffith Observatory because I’m familiar with the area. Plan A was to hike up the ridge behind and overlooking the observatory and at about the elevation of the Hollywood sign. From there I can frame the shuttle and the observatory with the city of LA in the background.  I had been to that area at least 3 times before, and I estimated that it would take me approximately an hour, maybe an hour and a half to hike.

The Endeavor was estimated to be in LA airspace at 11:45am, and I reckoned that a 3-hour lead-time would be enough for me to drive the 65 miles from Riverside to the observatory and complete the hike up, and still have time left for desperate gasping to get rid of the bluish cast from my face before the shuttle shows up. I picked up my 5DII, 28-300mm lens, a bottle of water, and set out for the location.

Ok, to cut the drama off that Murphy’s law set in motion, let me just state that at 11:15am I was still sitting in my car in a really long line of cars that did not seem to move in the west-bound right lane of Los Feliz boulevard headed for Hilhurst Avenue. What the _ _ _ _? How could tens of thousands of Southern Californians be thinking the same thing as me?

Scrap plan A, switch on 007 mode, and scramble plan B. At 11:30am I found myself taking the approach to the observatory from the west side through Fern Dell road and was able to drive up a hundred meters when I encountered a road block and was forced to drive into a parking lot at the base of the hiking trails below the observatory. The drama continues. One important rule of plan B is if you run out of parking spots, just make one. Check.

The next ten minutes was spent on a mad scramble to get out of tree cover and get to high a vantage point as possible and to shoot from the west of the observatory. I was still panting when the roar of the 747 was first heard followed by wild cheering from the nearby hills and ridges. And then we saw it. What a fantastic sight. It was all worth it.