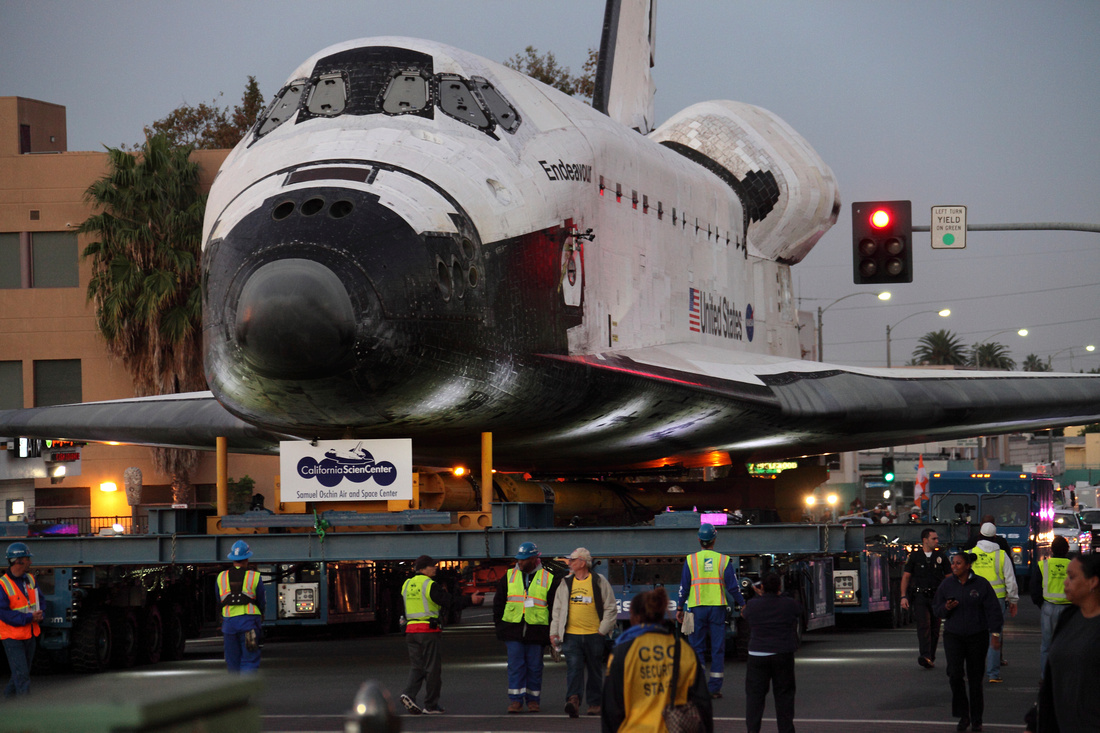 The youngest of the space shuttle fleet had traveled more than 120 million miles in its career, but it seemed that the last few miles it had to make were a challenge. After more than a year of planning, it was scheduled to travel 12 miles in a little over 24 hours from LAX to its final destination at California Science Center at Exposition Park. After many extended stops and delays, it finally arrived about a day late.

I wanted to take photographs of the shuttle early on its journey on the streets of Los Angeles, but I was only able to get away from my obligations about 24 hours after the move started. At very early Saturday morning, the 13th of October, I drove about 60 miles from home to Inglewood where I was able to catch the shuttle a few blocks before it arrived at the Forum. It was my first time in the area, and with no time to set up and no press pass, I was just there to take what I could from the situation. 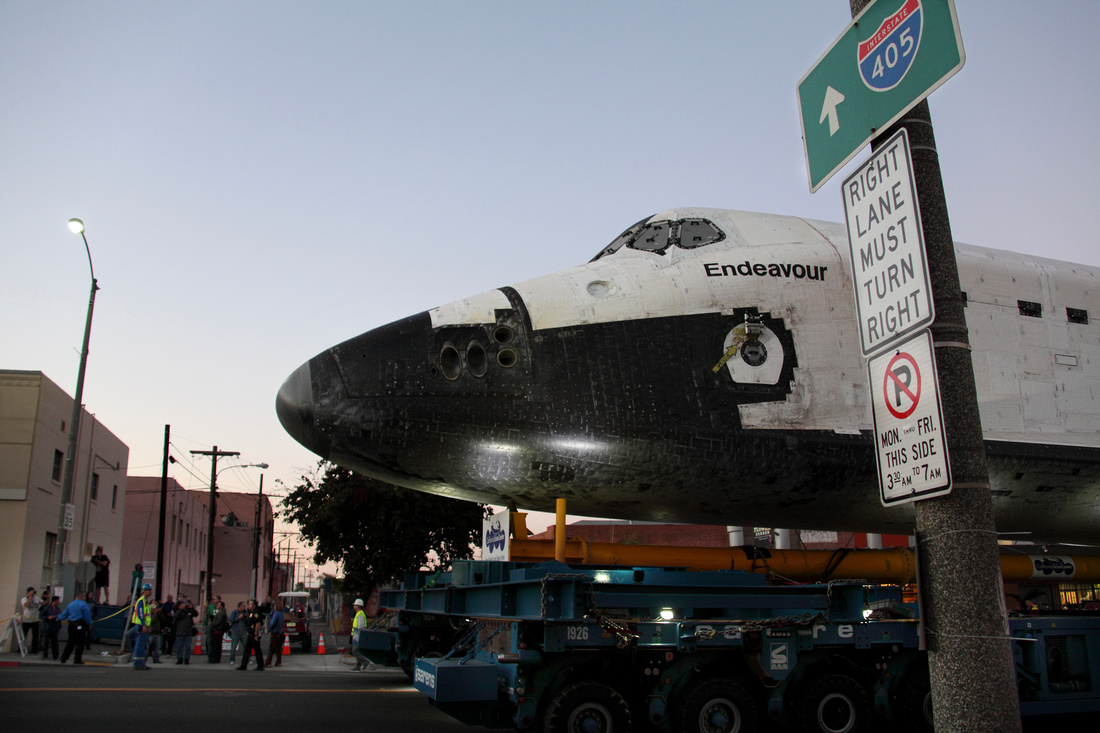 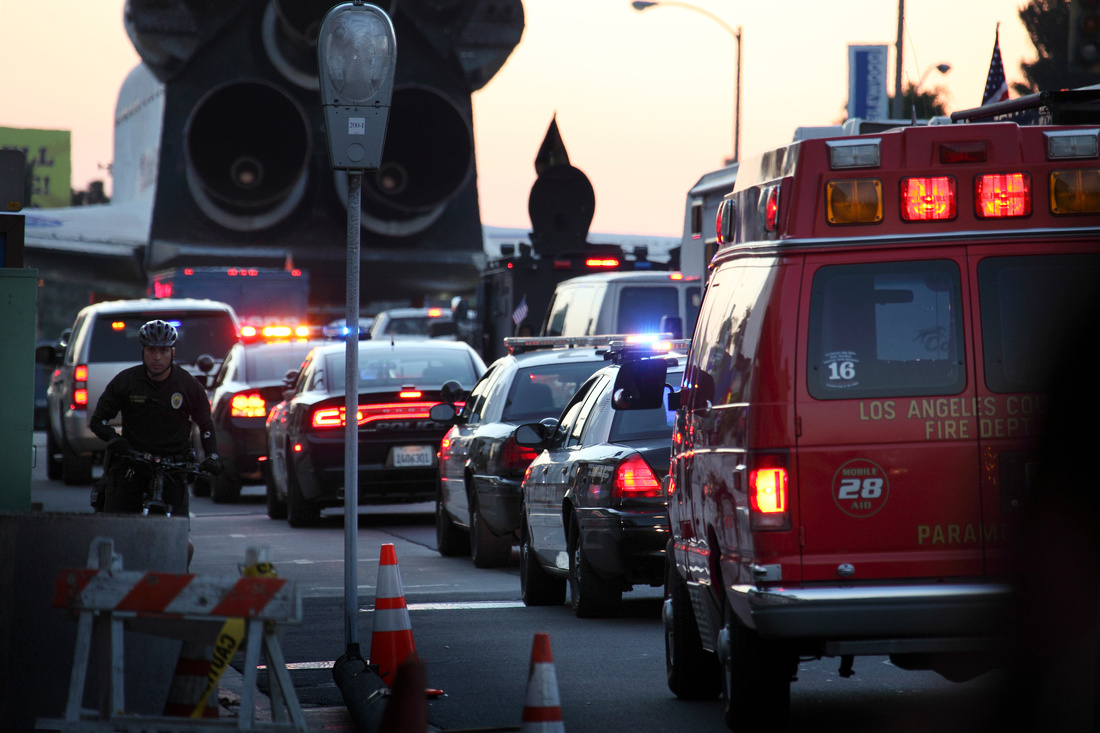 By the time the shuttle arrived at the Forum, multitudes had already gathered there. 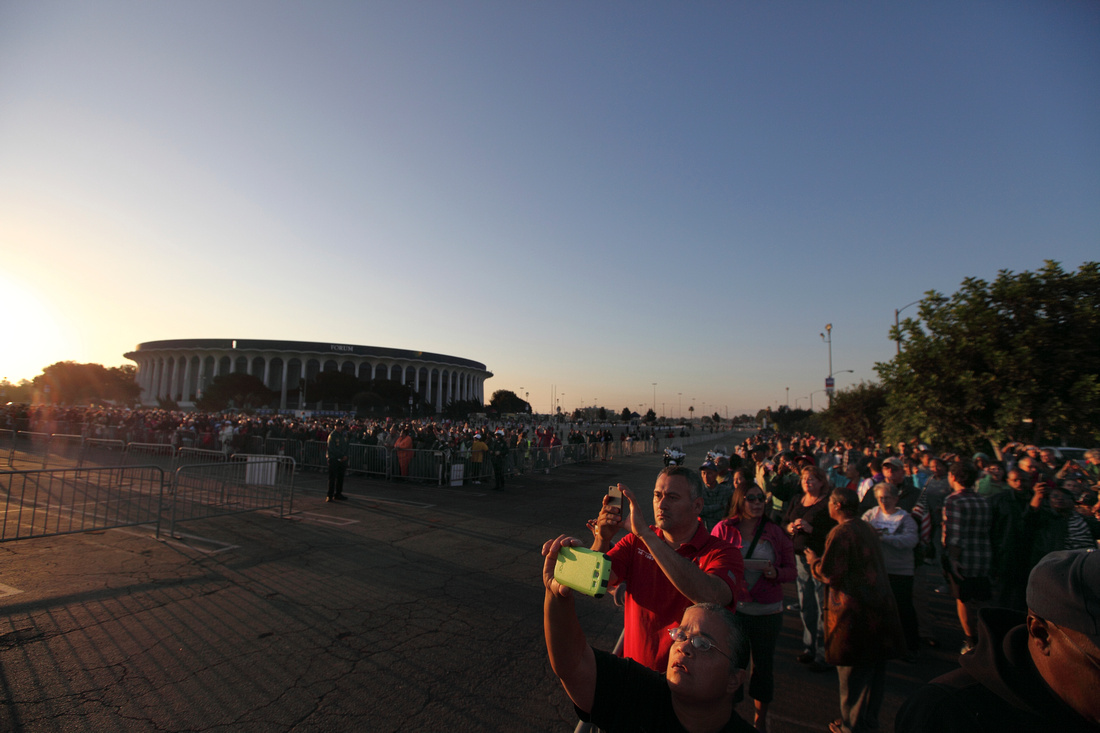 This security guy was probably here since before 4am. 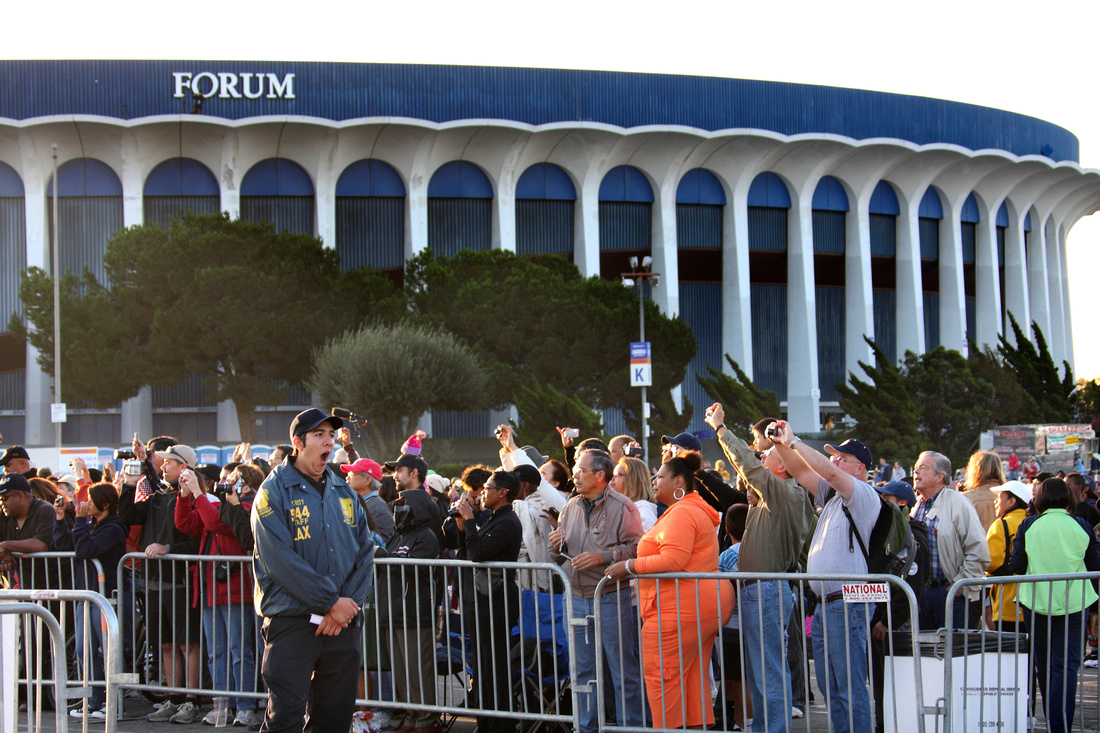 With 99% of people having cameras, it's bound to happen that I would meet someone camera to camera. Here, we are shooting the shooter. 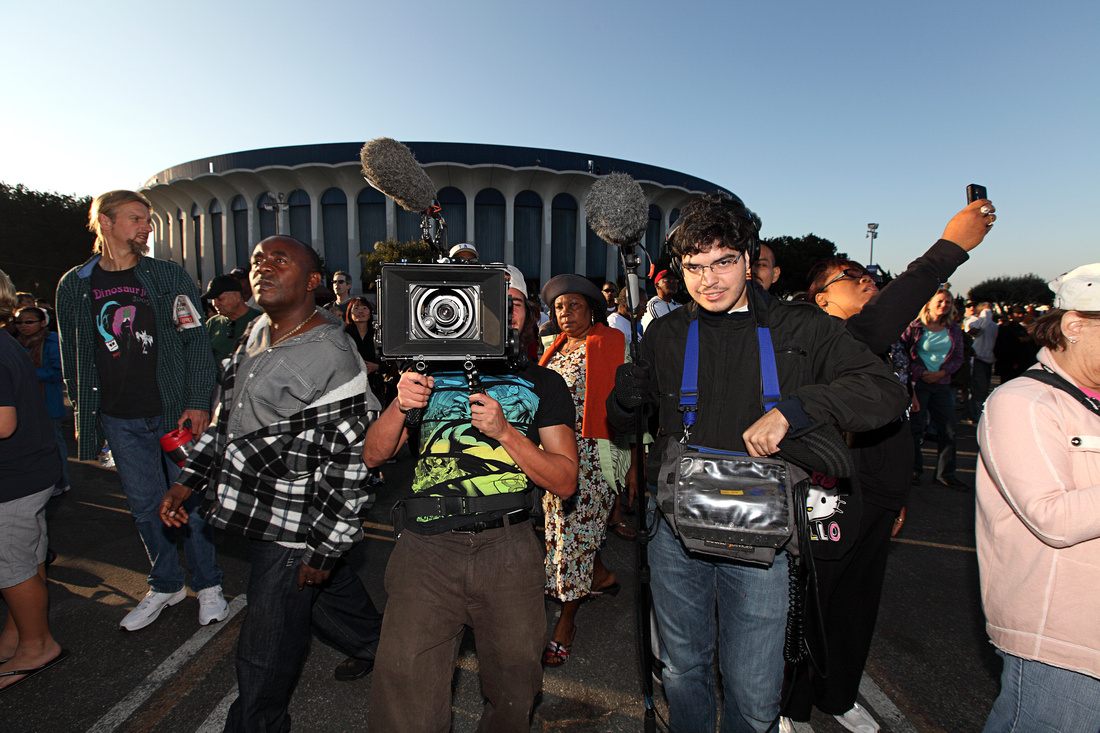 The mood of the crowd was festive and celebratory, and most were just thankful of the opportunity to witness a spectacle that will never happen again. 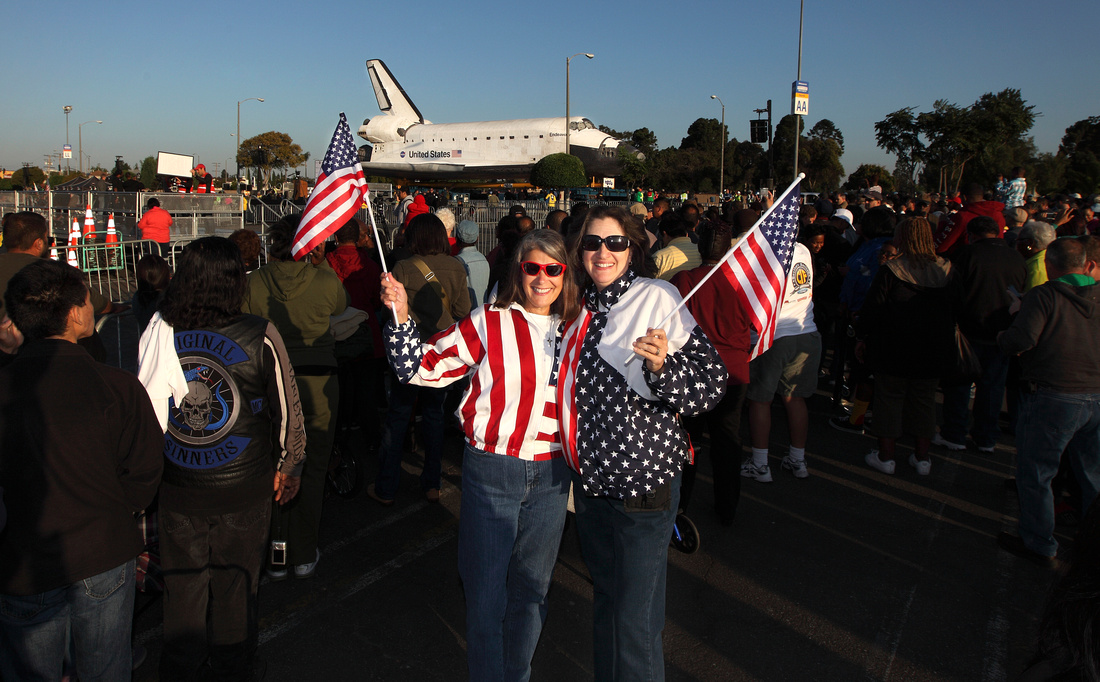 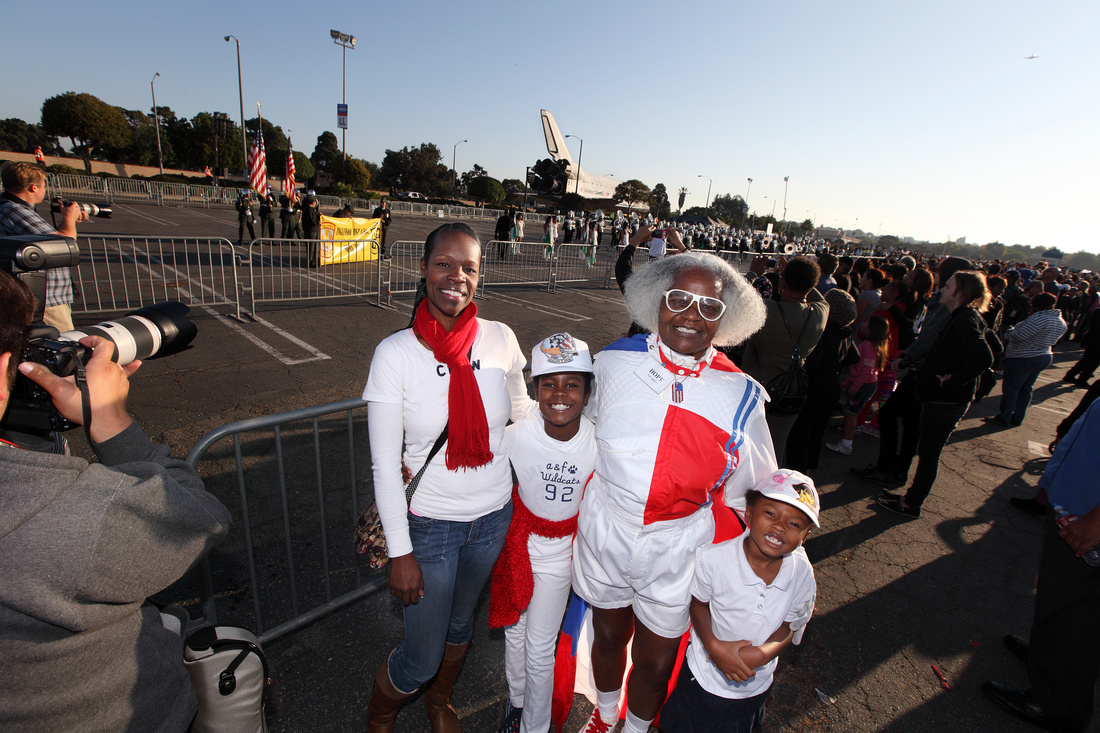